Observing Bitterns In Jersey
Bitterns are incredibly secretive birds, and are only very rarely seen by observers. Numbers are greater in winter owing to an influx of individuals from mainland Europe, making winter the most likely time of year to see them. They can sometimes be seen flying across the pond at La Mare au Seigneur (St Ouen’s Pond).

Bittern Facts
Average length: 70–80cm
Wingspan: 100–130cm
Secretive and shy, Bitterns lurk between reeds searching for fish, amphibians and insects in shallow water.
The Bittern is totally dependent upon Phragmites reed bed habitat.
Cryptic pale brown plumage with dark brown streaky markings and bars mean that Bitterns are very well camouflaged in reed beds.
Alarmed birds adopt ‘camouflage posture’, holding their head upright in line with their bodies in order to better blend into the reeds.
During spring male Bitterns make loud booming calls that sound like the noise made by blowing in to an empty bottle.
Clutches of 2-6 eggs are laid in spring.

Birds on the Edge

Birds on the Edge
The Birds on the Edge project is a partnership of Durrell Wildlife Conservation Trust, States of Jersey Department of Environment and the National Trust for Jersey. This project aims to restore Jersey’s coastal lands, to help the recovery of declining bird and other animal and plant species and encourage the return of those that have died out. 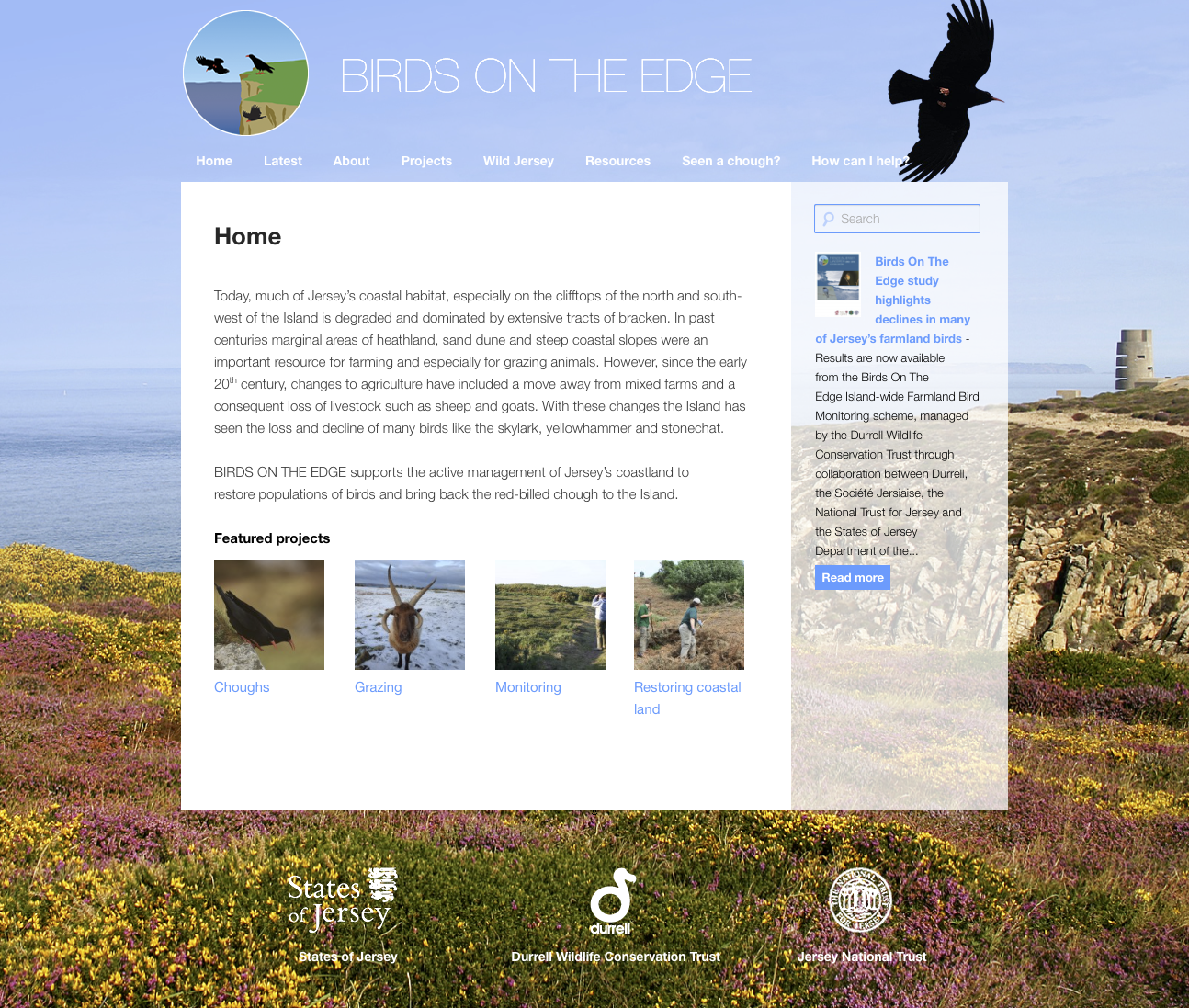 Visit Birds on the Edge

The Bittern is classed as an endangered bird and is considered among Britain’s most threatened bird species. 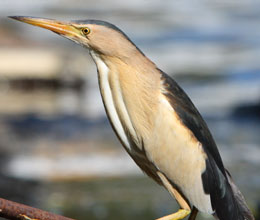 The Bittern (Botaurus stellaris) is a shy and secretive wading bird native to Southern England, Europe, Asia and Africa. The Bittern is a member of the Ardeidae family, which also includes herons. Bitterns have light brown plumage with dark streaks and barring, and a spear-like tapering head and beak. The beak enables them to spear fish and amphibian prey, although they also feed on insects.

Adult Bitterns are light brown in colour with delicate darker streaks and bars, and a dark brown cap and moustache. Juveniles have similar plumage but are lighter in colour. Bitterns are easy to identify in flight, flying slowly with retracted necks. The broad, rounded wings and short tails of the Bittern are other useful characteristics for in-flight identification.

Bitterns are present at the edges of marshes and wetlands where they hide in search of fish. They are incredibly difficult to spot due to their cryptic plumage (which enables them to blend into the reeds), their slow, stalking movements, and their secretive shy nature. When alarmed by a perceived threat a Bittern will point its head directly upwards. The long, thin shape of the head and neck pointing vertically, in combination with the cryptic markings and colouration, allows these birds to blend in to the reed bed habitat extremely well.

Male Bitterns have been given the accolade of Britain’s loudest bird. The booming call of male Bitterns is often likened to the sound made by blowing into an empty bottle (but much louder), and is best heard at dusk and dawn. Male Bitterns fill their gullets with air before expelling it again, creating a booming song that can be heard several kilometers away. It is now known that each Male has his own distinctive voice.

Bitterns tend to nest in relatively large beds of Phragmites reed. They require the presence of reeds for cover, as well as shallow water for feeding. Male Bitterns start booming as early as late January. Some males are polygamous, mating with up to 5 females. Bitterns nest in dense reed beds, with females laying up to 6 eggs at 2-3 day intervals. Clutches are laid between the end of March and the middle of July. Males commonly take no part in nest construction and chick rearing, which is left to females. After hatching, the chicks remain in the nest for approximately 2 weeks. At around 15 days old chicks start exploring the surrounding vegetation. Chicks fledge at approximately 55 days old, and become fully independent soon afterwards. Females are able to breed successfully in their first year, and normally have one brood per year.

The Bittern is classed as an endangered bird and is considered among Britain’s most threatened bird species. Bitterns are highly dependent on reed beds, and this in combination with its small population in Britain makes it a UK Red List species. The Bittern became extinct as a UK nesting species in 1886. Fortunately it reappeared in 1911 in the Norfolk broads. Numbers initially increased until the 1950’s, but then declined again until 1997, when intensive conservation efforts were initiated to secure the Bitterns future.
The Bittern is entirely dependent on Phragmites reed bed habitat, vast areas of which have been lost across the bitterns range over the last two centuries. This loss of reed bed habitat is a result of habitat alteration through drainage, direct destruction, changes in traditional wetland management (e.g. changes to reed harvesting regimes), sea level rise and associated salt water influx, the effects of wave action from boat traffic, and pollution. Disturbance from humans during the Bittern nesting season also poses a threat to populations across its range.
Despite the threats to Bitterns described above, numbers seem to be bouncing back in the UK. In the summer of 2011 104 booming males were recorded, a huge increase from the 11 recorded in 1996. 85% of the Males recorded in the study were found on nature reserves, proving the importance of protecting reed bed habitat for Bittern conservation.