This short but exhilarating circular walk overlooking Bonne Nuit Bay provides walkers with stunning sea views and the chance to discover a rich variety of wildlife. 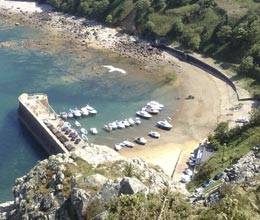 1) The start of the walk is opposite the bus lay-by. Cross the road to the sleeper steps, bear left immediately after the National Trust La Vallette Walk sign and follow the path up the hillside.

The côtil would once have been grazed but is now bracken-covered, with patches of Heather and Gorse, and scattered small trees and shrubs, such as Sycamore, Oak and Goat Willow. 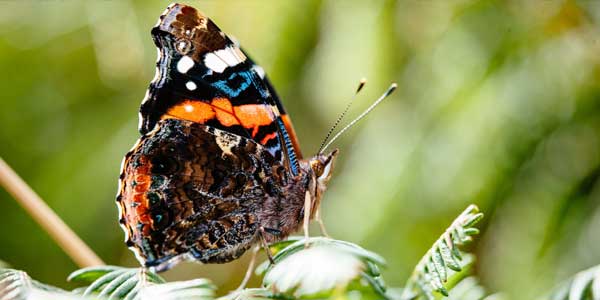 2) Continue along the path to see the rich variety of flora that attracts many different butterfly species. 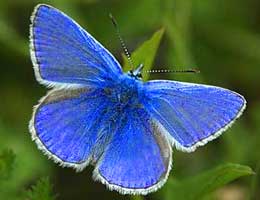 As you walk you will see the beautifully fragrant Honeysuckle, as well as Foxgloves, Sea Campion and Wood Sage. Together with the sunshine on the côtil, the flowers attract many insects to the area. In particular you will be able to admire a wide variety of butterflies, including Painted Lady, Clouded Yellow, Red Admiral, Common Blue and Green Hairstreak. 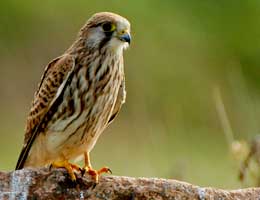 3) Carry on walking uphill, you will soon reach several large outcrops of rock to your right.

The rocks here are used as a vantage point by birds of prey such as the Kestrel. On the open côtil you may also see smaller birds typical of coastal heath land areas in Jersey, such as the Linnet or the colourful male Stonechat. On summer evenings as dusk approaches it is possible to see Pipistrelles hunting insects over the côtil.
Read More

4) At the crest of the côtil, follow the path as it veers right and you will discover stunning views over Bonne Nuit Harbour towards the French coast.

This small harbour was constructed in 1872 by the States of Jersey as a shelter for the inshore fishing boats, as well as a facility for exporting the high quality granite found at Mont Mado. If you look across the bay you will see a small fort known as La Crête Fort, which was constructed over a number of years from 1816-1834 as a means of defending the bay against possible French invasion.

5) Follow the path into the woodland, where you will pass an old and very large Hawthorn tree opposite some wooden fencing.

The woodland itself consists largely of Sycamore and is of limited wildlife interest, but you may glimpse a Red Squirrel or hear a Great Spotted Woodpecker drumming on a tree. Look out also for Butcher’s-broom, a strange plant with spiky green foliage and large red berries.

6) Follow the path down through the woodland and back onto the open côtil, with its Bracken, Gorse and Heather. After a short while you will see the Trust sign which marks the beginning and end of this short but exhilarating walk.

Bus Route
4 - There is a bus stop at the beginning of the walk.

Difficulty
This walk has been attributed a medium to difficult rating.

Duration
Allow 45-50 minutes. Although relatively short, the walk has some very steep sections and you will need suitable footwear as the terrain is tough in places.